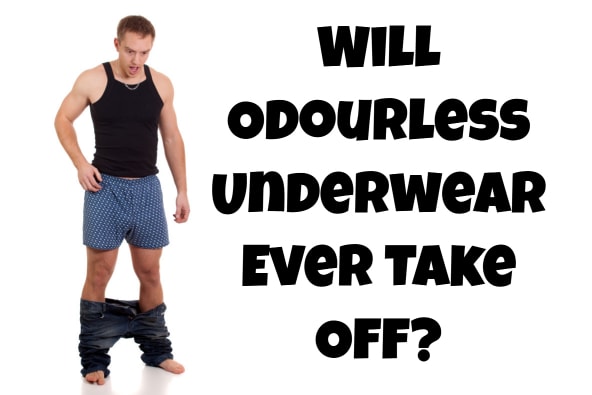 How many times do you wear your pants and socks before you wash them? We hope the answer to that question is just once!

However, some garment manufacturers are infusing high-tech silver threads into their garments. They hope by doing this that they can persuade you to wash your items less.

In this article, we'll take a look at the amazing antibacterial properties of silver. We will also look at some of the benefits of washing clothes less frequently.

Could you be convinced to wash your underwear less frequently? Read on and see!

The Antibacterial Properties Of Silver

Silver has been used in a medical setting for thousands of years. In fact, even that Hippocrates, the famous Greek physician born in 460 BC, used silver when preparing treatments for ulcers.

Although there is no substantial evidence that silver can help treat wounds or speed up the healing process, there is evidence to prove that silver has excellent antibacterial properties.

Although scientists have long known that silver has antibacterial properties, only recently have they figure out how it works.

Silver ions manage to pierce holes in bacterial membranes, then, once in, the ions then bind to the DNA rendering the bacteria useless.

As the bacteria die, they continue to soak up the silver nano-particles. As they then degrade, they release the silver back into the environment.

This leached silver then infiltrates other bacterium and kills them. Scientists have likened this to “zombies” with the dead infecting the living.

When bacteria feed off the protein in your sweat, it causes body odour. Therefore, as the silvers kill the bacteria, there is no body odour stench.

Interestingly, researchers have found that for silver to release the necessary ions to provide the antibacterial effect; it has to be in the presence of moisture. In this case - your sweat! Amazingly, only a small amount of silver is required to provide this antibacterial effect, keeping items affordable.

Despite the small amount being used, the garments can undergo hundreds of washes before the silver becomes ineffective.

As we mentioned in an earlier blog post, washing machines can harbour Salmonella, Staph and even E.Coli!

So killing bacteria in your undies could also help cross-contamination of other items in your washing machine.

There are many benefits to washing clothes less often, some of these include:

Washing machines are responsible for around 15% of average household water consumption, using up to 20 litres of water per kilogram of washing!

Fortunately, many modern washing machines are now more efficient and manage to clean clothes using only 6 litres per kilogram.

The benefits of saving water go beyond just saving money on your electricity bill.

According to Waterwise, the UK has less water available per person than most European countries. As the population continues to grow, we need to conserve this essential resource.

Hand-in-hand with saving water is saving energy. Even the most energy-efficient washing machines still contribute to the rising energy bills that every household is facing.

For those who use a tumble dryer, or heated clothes airer, the benefit felt will be even greater.

Washing is an intensive process for a garment. First, it is agitated against other clothing (which may have zips or poppers) to remove stains. A high-speed spin then shakes out the excess water.

Drying a garment can also take its toll. Exposure to high heat or an extended amount of time in the sun’s harsh rays can weaken fibres.

The entire laundering process naturally causes some wear to the garment. Eventually, despite your best efforts, the garment will become worn, graphics will fade, and it’ll be put into the “clothes for decorating” pile. Or worse - the landfill. Manufacturing clothes is a highly resource-intensive process. For example, World Wildlife (WWF) estimated in 2013 that it take over 2,700 litres of water just to produce the cotton required to make a single t-shirt.

This 2,700 litres of water is just the start. A vast amount of energy is used to process the cotton before it can be made into a wearable garment.

There is then the environmental impact of shipping it half-way across the world before it makes it onto the shelves.

Many manufacturers of silver-infused garments hope that by reducing how often a garment needs to go through the wash, that the garments will have a greater lifespan.

As we highlighted in a previous blog post, every time we do the washing tens of thousands of plastic microfibers are released into the water.

These microfibers slip through the filters are water treatment plants to end up in the ocean - and sometimes inside fish.

A sure way to limit this form of pollution is not using a washing machine so often.

Will Odourless Underwear Ever Take Off?

For many, even knowing that any nasty bacteria are dead, won’t be enough to convince them not to wash their underwear after a single wear.

After all, even if our regular underwear doesn’t smell after one wear, we’re still likely to toss them into the laundry basket.

Other silver-infused garments may stand more of a chance of changing habits.

People may be more receptive to other items currently on the market such as t-shirts, leggings, and bedding, as these are seen as more “acceptable” not to wash after a single wear.

The Next Generation Of Underwear?

Despite the general opposition, there is demand from some consumers for a new generation of underwear.

For example, last year SilverTech by Organic Basics smashed their crowdfunding target of $35,000 and raised a total of $51,084 from 604 backers on Kickstarter.

It is difficult with Organic Basics offering to know if consumers are more attracted to the SilverTech feature, or the fact that the items are all made from organic cotton.

However, this doesn’t give any indication as to whether these consumers would be willing to wear their underwear more than once.

For now, we just have to wait and see whether this technology will take off. It is difficult with Organic Basics offering to know if consumers are more attracted to the SilverTech feature, or the fact that the items are all made from organic cotton.

However, this doesn’t give any indication as to whether these consumers would be willing to wear their underwear more than once.

For now, we just have to wait and see whether this technology will take off.

What do you think? Would you be willing to wear your underwear more than once if you knew any lurking bacteria were dead?

Let us know in the comments below.

Also, if you know anyone with a particularly grotty teenager, who would benefit from some odour-fighting garments, feel free to share this article with them!